Training your Brain to Switch Others ON, not OFF 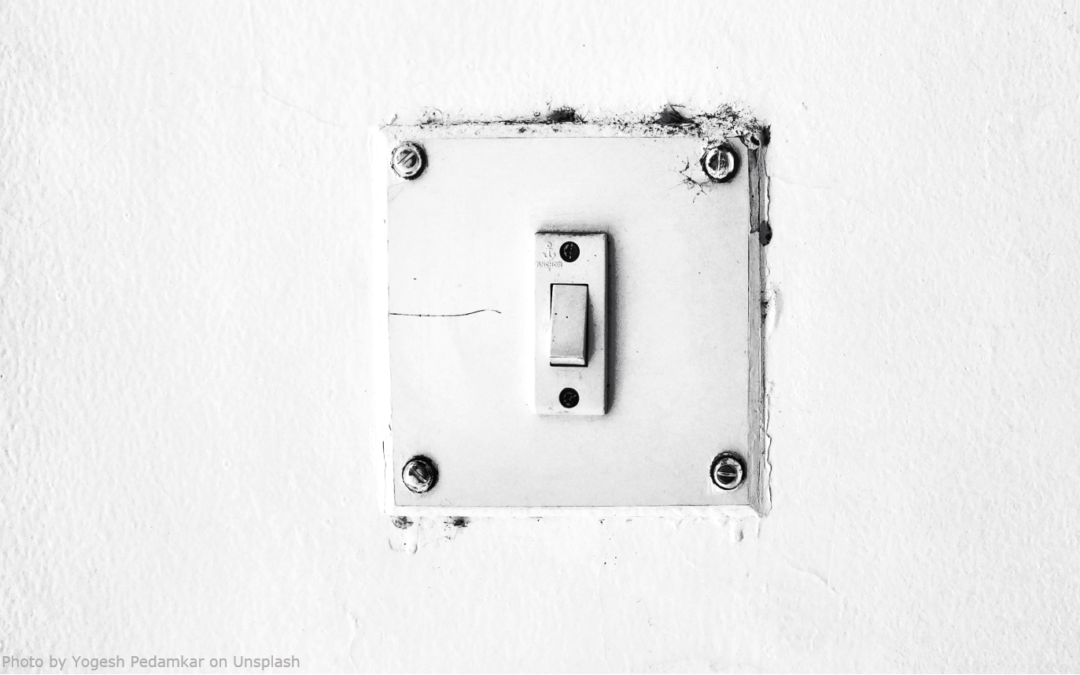 Given the recently released tech antitrust report, it is clear that no-one is ultimately above engaging fairly and mindfully – not even powerhouses such as Amazon, Facebook, Apple and Google. The fact remains that no relationship can exist without trust and mutual respect, and in a highly interconnected world, relationships are essential. This is especially true in the modern world where it extends beyond our relationships with people to our relationships with brands and their influence on society. Trust and respect can even be seen as two sides of the same coin – the one isn’t valid without the other. I won’t trust someone I don’t respect and I can’t respect someone I don’t trust.

We all know the wisdom of the famous saying often attributed to Einstein: “The definition of insanity is doing the same thing over and over again and expecting different results.” And yet we are all inherently resistant to change – even when we know the benefits. We therefore keep engaging those around us in the same way while hoping that our relationships will improve and thrive. Insane right? But why do we do it?

Our brains are wired for efficiency which means that the Reticular Activating System (RAS – the network of neurons in our brain stem) filters information to avoid overload and the brain builds neural pathways to default to, all in an effort to conserve energy. This forms perceptions and patterns of behaviour over time and unfortunately keeps us seeing what we want to see and stuck in engrained habits. Although this all happens unconsciously, it starts consciously.

You instated the filters that tell your brain what is important and you chose to repeat a novel action until it became a habit. Thus, if you trained your brain to function in the way it does now, you can train it to change. But this takes effort that it would rather not spend – so you have to be intentional and disciplined by visualising the outcome that you want daily.

So, is there a training programme for teaching your brain how to engage others to build strong relationships? Dr. David Rock developed the SCARF Model to achieve exactly this. It is even based on how your actions influence others’ brains to achieve a solid success rate. He identified five social domains, namely Status, Certainty, Autonomy, Relatedness and Fairness that activate the same threat and reward response in our brains that we rely on for physical survival. Simply put, when any of these elements are threatened, they stimulate the part of the brain that is triggered when our bodies feel pain, sending the danger signal and switching us off. Conversely, positive contributions to these domains switch us on and leave us engaged – automatically increasing the levels of trust and respect in our relationships.

But how do we practically light up these domains and avoid shutting them down so that our relationships thrive? Although the specifics will vary for each relationship, consider the following thoughts.

In David Mattin’s weekly newsletter New World Same Humans, he identifies what he calls the paradox of individualism. He says: “The better a society is at serving our individual needs, the bigger and more complex it must be, and so the more it renders us obscure and inconsequential in the context of the entire system.” Thus, even though society tells us that our individual needs are important, it is easy to feel insignificant in this big, interconnected world. Imagine feeling like no-one cares about whether you exist or not – many people struggle with this. This problem can only be addressed on an individual level – we have to constantly remind others that we value them. This includes treating them with respect and dignity, and recognising their contribution.

This is arguably the domain that has been battered by the COVID-19 pandemic the most. Just think about the anxiety that this unknown future has sparked in you personally. The world was already changing at an alarming pace, but it has accelerated significantly. While there are very few things that we can be certain about at the moment, don’t be tempted to tip-toe around tough issues. Be honest and say what needs to be said so that people at least know what to expect from you.

The scope for autonomy has widened with many people working from home due to the restrictions that the pandemic has brought to bear on us. However, those who could not embrace the change found new ways of stifling it by instating technologies such as keystroke monitoring and attendee attention tracking on Zoom. How engaged would you be if you felt like your leader does not trust you to get the job done? The essence of autonomy is showing trust – and trust can’t be earned without being given opportunity. So, give people the benefit of the doubt – they will more than likely pleasantly surprise you.

Our need for genuine connection has never been more apparent, even though our society has been tormented by an increasing sense of loneliness for some time already. Maybe you also felt disconnected from everyone you care about while struggling to adapt to all the changes imposed by the pandemic. Building relationships is fundamentally about reaching out and being vulnerable. Again, this is an uncomfortable place where our brains would much rather not go – especially with someone we don’t know very well or where a relationship has been damaged. But if you brave the potential awkwardness or disappointment, it will not only help you to build relationships, but also feed your soul.

For people to really trust you, the perception that you treat them fairly is vital. This means that they need to feel that you have taken the time to understand them and their circumstances and that you don’t favour others (or your own interests for that matter) above theirs. Think about whether you would give your best effort if you felt like someone else’s work would be favoured above yours. One example of this is the well-known quote by Perry Belcher: “Nothing will kill a great employee faster than watching you tolerate a bad one.”

If even the tech giants are being forced to change their ways to prove that they can regulate themselves, you and I can’t deny it any longer. We might not stand to lose billions, but we can gain untold riches by crossing over our lines of comfort so that someone else feels special.